Kindergarten Math » Teach: How to Draw a Ten Frame

Teach how to draw a ten frame so that it can be used as a tool throughout the year to show groups of ten - perfect for composing and decomposing numbers.

This is a hugely important skill!

I am laying the foundation for all of that now by teaching them how to draw it... I learned the hard way last year that this has to be taught explicitly if I want them to use it (and not have it be a gazillion frame).

We are on day seven of our new school year, and we are laying the ground work for guided math groups.

Groups yet? Not yet. No way. They are not ready to be independent... yet.

That's why I said ground work.

However, this year I am capitalizing on the fact that I know where we want to go and am doing a better job of rolling "math" out in general this year.

What I've taught prior to this

We have read Monster Numbers at least four times which has a kinder-friendly ten frame all throughout the book. They've seen a ten frame on almost every page and become familiar with it as a "monster keeper." We've also read The Pond and (affiliate)  Ten Black Dots.

The combination of these three books helps me to bring the concepts of 1:1 and number identification through literature.

When we read Ten Black Dots I modeled drawing a ten frame. I passed out black construction paper dots and we added them to the ten frame I drew on our easel as we read.

I'm teaching this skill before I ever expect them to do it on their own in their math journals or during calendar math time.

However, I do use the very first math prompt to teach "how to draw a rectangle." I use my kindergarten sing-songy voice to explain that a rectangle goes, "down... over...up...over" and model how to draw it.

I use that rectangle lesson to build into modeling the outline for a ten frame. We use the same language and I refer back to that math prompt as I teach how to draw a ten frame.

How to draw a ten frame

So, once again I use my kindergarten sing-songy voice to explain that a rectangle goes, "down... over... up... over" and model how to draw it.

Then, I start over and model why I chose to make "doors" and almost evenly spaced lines. What if I try to put all of my dots and lines all close together? Well... I can just say that "french fries" just doesn't work!

They quickly see that it looks nothing like the ten frame we've seen in the book - nor can I put black dots into the spaces like we did when reading 10 Black Dots.

After drawing the final product we erase and I model spacing the dots out again. I remind them that "door" spaces work and "french fries" don't.

We add two dots onto the middle of each of the short ends of the triangle and connect the dots to complete how to draw the ten frame.

Why a ten frame? Because it helps lay the groundwork for seeing patterns in numbers and grouping even better than tally marks!

Take for example, how we use ten frames later in the year by reading a guided math lesson plan flow and why does 10+6=16. But, we really did use them all the time!

I'm not sure why I didn't teach the strategy of using starting dots for lines to create a ten frame right from the start last year, but I hope that this tip helps if you have your kinders drawing and using them! 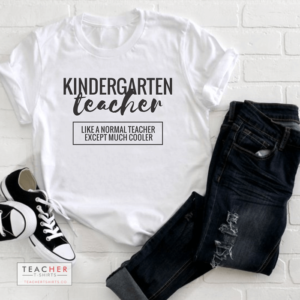