Oh, how I love the things kindergartners say and do. There so many joyful {and hilarious} moments that are unique to working with 5 and 6-year-olds.

Here is a collection of some of my favorite things teachers have shared on KindergartenWorks facebook page. The cute and funny things said by their own class of kinders.

Because after all, this is how we roll in kindergarten...

Enjoy the light-hearted moments from other K teachers like yourself. There are so many precious, funny, and sometimes mental-jaw-dropping moments - I'm so glad you're willing to share a snippet from your week with us!

What letter is this?

Best this week? While talking about Easter, an excited little kinder said, "I can't wait to wear my Easter man costume!" After that they were all calling their Easter dresses and outfits their "costumes". Ha! - B.W

"Mrs. Robertson! Did you know that my birthday is the SAME DAY that I was born? AND the SAME MONTH!" - S.R

While brainstorming words with that start with the blend tr, one kiddo yelled out turd... Which of course caused uncontrollable laughter from the whole bunch! - M.A

While trying to open a Lego from the book fair ( after being asked not to open it) "This is complinated. I know that did not come out right. This is compinated. No that is not right either. I just cannot open it! - A.B.M

I reminded a kinder that he forgot to tidy up his area. In his best attempt to use our vocabulary word "sidetracked" he giggled and said "oh sorry I got subtracted Mrs. Cox". I looked at him with a puzzled look and he went over and pointed to our word on the wall and said, " now I know that came out wrong, what's this word again"? I said, "sidetracked"? He just shook his head and laughed so hard. He was so excited that I would notice him using that big vocabulary word... - T.C

Everyday when I send the kids off to work on math (so I can pull groups as needed, check in, etc) I play some music in the background (usually a loop of chimes on the Smartboard for math) and sometimes I remind them to be sure they can "hear the chimes"..."chat but work quietly enough so you can hear the chimes" (whatever the prompt...) so today, after I went to turn on the Smartboard music, a little one goes "Mrs. Langdon, I like our other music, why do you like this CHINESE music, you play the CHINESE music everyday at math and I don't even like CHINESE!"....oh Buddy, "chimes" I said "chimes"...not Chinese!!! Lol mental note: new music for math work time lol - J.L

I kept yawning at 1:00 during guided reading because I did not sleep well the night before and one of my Littles said with the biggest grin "My mommy yawns too!" - J.C.M

We are working on -ug words and when we got to bug, everyone said "eww, yuck, bugs are gross." I didn't dwell but just said they're not all gross and some of them are helpful. One of my super sweet kinder girls said: "It's not what a bug looks like on the outside that matters, it's what's on the inside of the bug that counts." I kid you not. She is going to be Miss America someday! - J.M

While planting Lima beans this week, the science teacher that was helping out told the kids that we were going to make something like a green house. She asked, "does anyone know what a green house is?" One of my sweet little darling girls raised her hand and said (with a puzzled look on her face), "well, we've learned about the White House, but not the green house yet!" - K.B.L

During math centers a girl was adding 6+5..she was using her fingers and realized she needed one more.. She told the boy next to her hey I need your finger for a minute .. He kept coloring and held up one finger for her to count ! She got it right lol - M.G

"Thank you for sharpening my new pencil, Mrs. Munson. Look - I didn't even eat the eraser yet!" - T.M

We are learning about penguins. I explained to them how the parents regurgitate food for the chick. They were making faces and saying, "Yuck!" One of my girls said, "The good news is that we aren't penguins." - L.M

We are on mid winter break but last week I had one tell me with complete sincerity and in the sweetest voice "I love you like cake." It made my week. - J.A

Me assessing- put four bears in one pool...
Child- puts three in the circle and one on the outside " this one can't swim so only his feet go in the pool" - M.B

My mom said the tooth fairy is broken. She can only come on Fridays." (She had a dangling tooth that she didn't let come out all day.) - B.W

Doing assessment splitting words. "Backseat - If you take away back, what is left?" "Frontseat?" came the puzzled reply! - J.P

Kinder gave me a picture she drew at home. Then said " I colored your hair orange because I didn't have a gray crayon at home". - J.K

Said through a mouth full of goo...sometimes when I cough, I get nose in my mouth. - M.D

One student called me "mom" yesterday. Another student tells me he loves me just about every day this past week. - K.R

Little boy comes in this morning yelling "We going to the big house!" His family is moving into a larger house. - D. F

"I wish I could go to heaven so I could talk to Abraham Lincoln." - A.W.

When writing time was over "ah, man I wasn't done writing about Hamburgerham Lincoln!" - M.D.G

We hatched chicks last week and one pooped in the bucket we were petting them in and one child said "My mom poops but she poops in the toilet!" and another child replied with "My mom pooped last night and it was stinky!"

"You smell really good Mrs. Wolfe...like a refreshing beverage!" That was one I hadn't heard before! - C.Y.W

While playing a game on computer with headphones on she suddenly shouts"it said I was easy!"

One student to another : you got your tonsils out? Cool. Did you put them under your pillow? - A.D

"I hate Fridays because I miss you all weekend." - S.S.M

Talking about cities today ... Kinder calls out " I know one! You Nork City!" lol - B.J

We live in New Mexico. There was a big discussion about where we live. One little guy says "Rio Rancho is in U Mexico." I said "New Mexico." He looks at me with confusion. He says "like a new car?" I said "yep." He turns to his buddy and tells him. I don't know if she's right. This place isn't new. It's old! It's been here forever!" - E.G

"Ms. Thornborough, why didn't you see Disney on Ice this weekend? Did your mommy say no?" - S.T

Chinese New Year- his parents came and did a beautiful presentation to the whole kinder. One of the teachers asks him, "what is your favorite Chinese food?"
He replies, "hot dogs!" - K.B.B

During a picture walk there's a page with Ben Franklin. I say, "this is one of our founding fathers." Students yell out, "it's Jesus!" - J.S

One of our vocabulary words was scurry. We were predicting the meaning and a little friend said "you know like when something is really scary... It's scurry" - K.L.R

"I have a terrible science infection today." - D.S

A little guy tells me he can see the future then says "yesterday I went to a birthday party". - P.W

We were doing shared writing following President's Day and I asked who our current president was...response..."Obamacare!" Lol!!! - J.C

Join in each Friday at 6pm on the facebook page to share your the awesome things your kinders say too. 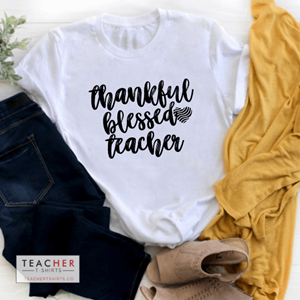